Just a reminder that PRSA Membership Dues are due by Jan. 15!  Please join or renew via the link on the “Dues & RC Duty” page  if you haven’t already done so in order to avoid a late fee.  Pay now and you’re all set for the season! 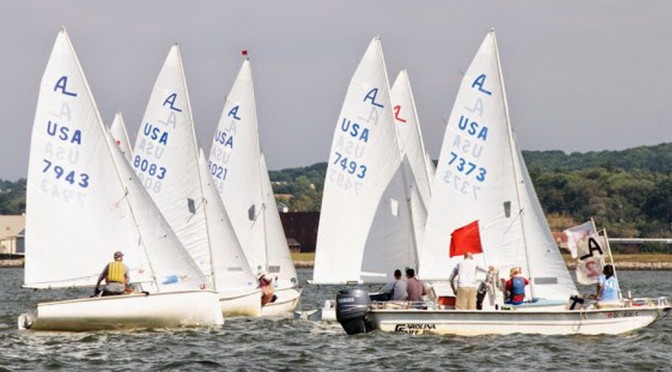 Now is the time to pay your PRSA dues for 2016!   As a reminder, the PRSA constitution was amended at our Annual General Meeting and Awards Banquet on November 21, 2015.  As a result, the annual PRSA membership year now runs from December 1 through November 30.  The 2016 membership year started December 1, and you have until January 15 2016 to pay your dues without late fee.  On or after January 15, 2016, a late fee of $25 will be added to the dues of returning members.  After you fill out the membership form you will be offered the option of paying via PayPal or sending a check to our PRSA Treasurer.

I want to emphasize that having our association members pay dues up front each year is of immense help to all of our PRSA volunteers.  We can better allocate expenditures over the year, organize RC requirements, set up scoring systems in advance, and more.  Your PRSA dues support boat and equipment maintenance, insurance, slip fees, and everything else that goes into allowing us to race each weekend.  Of course, skippers must be paid PRSA members in order to qualify for the Laser Frostbite Series and the Spring and Fall series racing series, and to be eligible to vote at the PRSA AGM.

As you pay your dues I would also encourage you to support the PRSA Commodore’s Club (a donation can be added to your 2016 membership payment).  Donation’s to the Commodores Club go directly to our fund for boat and equipment maintenance.  Whether big or small, any additional donation is a great help as we work on maintaining our equipment and conducting safe and fun racing each year.

A big thank you to all of the members who have already paid their 2016 dues.  Many thanks, as well, to all of those who contributed to the PRSA Commodore’s Club in 2015 (see listing here: http://www.potomacriversailing.org/applications/membership/CommodoreClub.php) I’m already looking forward to the 2016 sailing season, and I hope that you are as well!

We might still be in the grip of winter, but it is not too soon to think about our upcoming sailing season!  The 2014 PRSA racing calendar has been posted, and now is the perfect time to take care of your PRSA dues and sign up for RC duty for the year so you are all set to go once the season starts.  You can sign up for RC duty and renew your PRSA skipper and associate memberships on the right on the Dues & RC Duty page.  Skippers who have not signed up for RC duty by March 15 will be contacted by their respective fleet captains to help fill first our remaining PRO slots, and then the other slots on the RC schedule.  Skippers, please remember to remind your crews to pay associate dues as well…or, better yet, gift them an associate membership for the year at only $25 as an advance “thank you” for all of the hard work they’ll do on your boat this year!  Pay your dues now and you’re set for the season!

Also, don’t forget to “like” PRSA’s group page if you are on facebook (https://www.facebook.com/groups/345661598808307/).  We’ll be using that facebook group to post announcements and photos throughout the year along with the PRSA webpage and Yahoo! listserv.  Stay tuned for more information on the upcoming season!