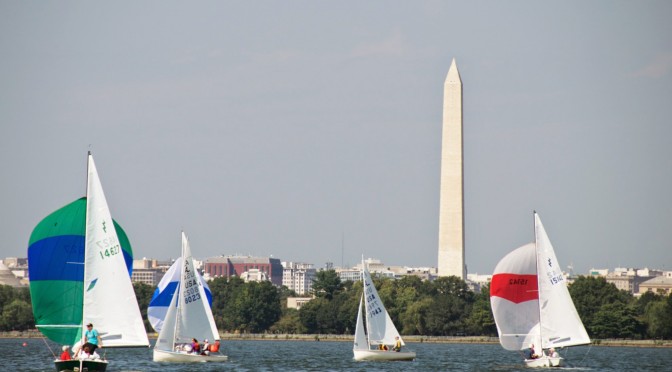 Sunday was a gorgeous day for racing on the river!  Although the winds were light as we rigged and sailed to the course, a nice southerly filled in for the first few races.  10 Lightnings, 2 Bucs, 3 Multihulls, 2 I-20s, and 2 Lasers came out to sail.  PRO Stew Harris and his crew did a nice job organizing the racing, sending the boats off on a W2 and then an O2 in the 10-12 kt southerly.  The wind shifted west and then oscillated all over the place after the first two races, making things challenging for the RC and  sailors alike.  The RC gamely reset the line and then adjusted to hold 2 more races in a very variable westerly.  Four races making the best of conditions in sunny (but not too hot) conditions with some breeze is a pretty good way to spend a Sunday!

Spring Series #4 was a drizzly day, but we did have enough wind to race.  The RC set up a course just outside the airport pier and we were able to get 3 races in while the water levels were high enough and the rain light enough.  Once boats started bumping bottom and the rain really came in we headed to shore, dried off, and then headed over to Rustico for a beverage and a bite in a spot a bit drier (and warmer) than the grove. 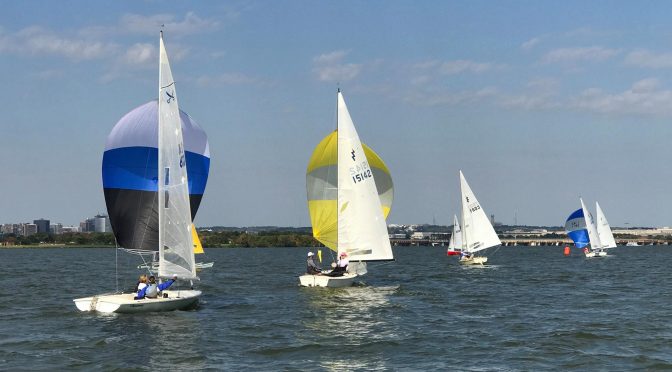 After a couple of weeks of frustrating weather we finally got the chance to go racing this past Sunday!  We had a great turnout this past Sunday with 3 Multi-Hulls, 6 Albacores, 2 Bucaneers, and 9 Lightnings (with 3 more represented on the RC for a total of 12!).  I was PRO for the day (with Bob Gotthardt and Lisa-Marie Lane rounding out the RC).  All I can say is that it was a very goofy day, with “east” winds varying wildly in velocity and direction all day long.  We saw the breeze swing from 35 degrees to 115 degrees and back in just a minute or two.  There was more than one instance of a breeze directly out of the south settling over the course for a few minutes, before reverting back to an easterly.  Given the wind direction the O2 courses were short, but they were surely challenging for the sailors given the shifty and puffy conditions.  We were able to get 5 (!) races in before sending the boats back to shore to enjoy the PRSA season-opening BBQ.  Here are the results!